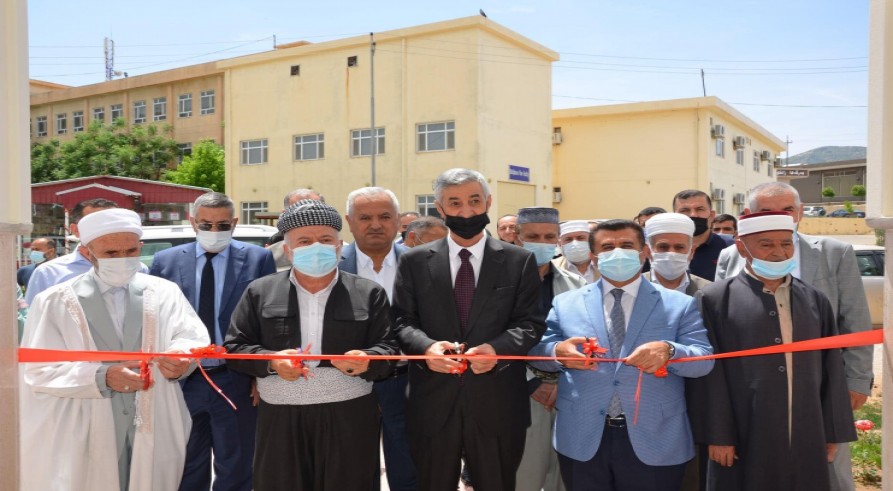 On Wednesday, May 5, 2021, the President of the University of Zakho, Professor Dr. Lazgin A. Jamil, inaugurated the Aisha mosque inside the university campus.

The opening ceremony was held in the presence of a number of personalities and clerics, including the Director of Endowments and Religious Affairs in Zakho, Mulla Saeed Abdul Rahman, the Director of the Fatwa Committee in Zakho, Mr. Ali Shilani and the Mayor of the District of Zakho Delsher Abdul Sattar, in addition to Assistant Professor Dr. Diar Abdul Karim Saeed, Vice President of the University for Administrative and Financial Affairs.

The university president thanked Hajj Muhammad Taher Mohsen and Haji Sherif Mohsen Sharif after they volunteered to build the mosque at their own expense, and the doors of the mosque were now open for students to perform their religious rituals.