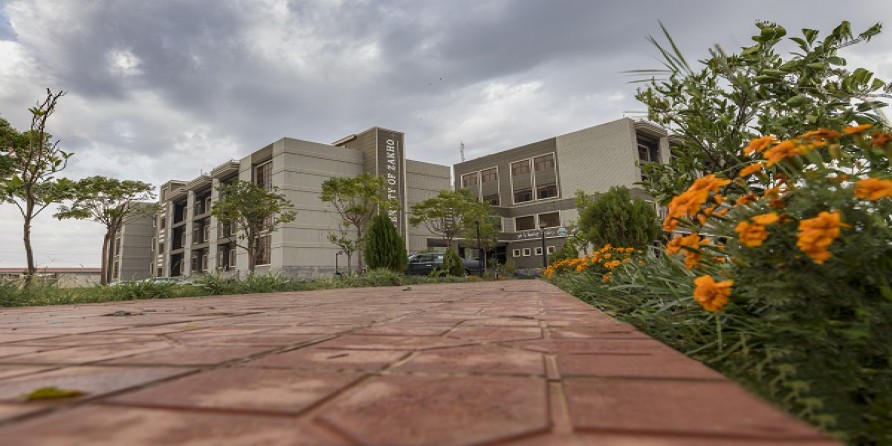 The University of Zakho dates back to the year 2005 and within the framework of the directives and concerns of His Excellency Masoud Barzani, President of the Kurdistan Regional Government, and Mr. Nechirvan Barzani, Prime Minister of the Kurdistan Regional Government, made a decision to lay the foundation stone of the College of Education and the College of Commerce (during the fifth cabinet) in a university campus in Zakho, which at that time officially belonged to the University of Duhok.
However, during the opening ceremony of both colleges in Zakho, the Prime Minister of the Kurdistan Regional Government mentioned in his speech that this would be the basis for a prospective independent university in Zakho. In the academic year 2005/2006 students have been accepted at the two colleges mentioned above.
On 8th of July 2010, a formal order was issued to establish a university in Zakho by the Presidency of the Council of Ministers in KRG (sixth cabinet) as a non profit state organization for higher education. In the academic year 2013/2014, the University of Zakho was constituted with 16 scientific sections and 6 schools in the Faculties of Science and Humanities and the presidency of the university. For the academic year 2014/2015 the Ministry of Higher Education and Scientific Research issued a ministerial order to open the Department of Mechanical Engineering and the Department of Physical Education. They also opened the Department of Basic Education for teachers of primary and middle schools who have a diploma in order to develop the scientific level of the teachers. The program coordination was between the KRG Ministry of Higher Education and Scientific Research and the KRG Ministry of Education in the Kurdistan Regional Government. The proposed structures of the University of Zakho for the academic year 2017-2018 are as follows:

The University of Zakho is interested in the development and provision of all the scientific requirements of each department in addition to the application of the scientific quality assurance. They are also taking into account creating opportunities for the graduates of the university and the labor market. The University of Zakho formed a program to help raise the scientific level according to international standards through the development of the program, the implementation of health instruction and to sustain the application of science and quality assurance. These are part of the policy of the Kurdistan Regional Government and the best example that is introduced of this, is the perpetuation of the programs to send hundreds of students and professors to universities outside the region and the developed countries to obtain advanced degrees (Masters and PHD) in various sciences and each according to their terms of reference to be the basis for the change and development of a scientific point in the Kurdistan region. A number of them have completed their studies and returned to the region. In 2013 - 2014, 17 of those that were given the chance to get their advanced degrees received their PHD degrees while 70 got their Master degrees and nearly 50 students were able to finish their postgraduate studies (Masters and PHD) in universities in Iraq, abroad and in the region of Kurdistan.