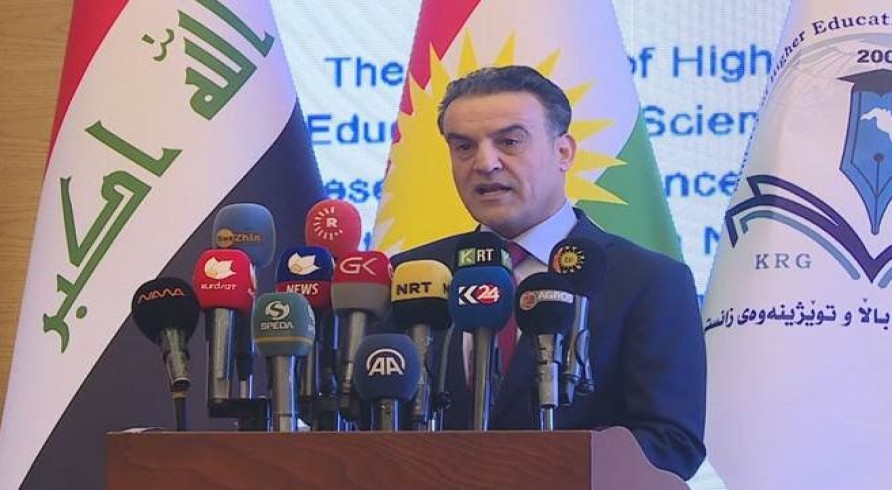 On Thursday, January 9, 2019, the Ministry of Higher Education and Scientific Research announced its annual ranking of the best public and private universities during a conference in Erbil.

Minister Aram Mohammed said that the assessment was based on the amount and quality of scientific research that an institution sponsored combined with its academic staff, international activities, cultural activities, relationship with the society, and student feedback.

“The national ranking has brought obvious changes over the past five years,” he added. “The most important being the documentation of the quality and scientific activities of the universities.”

The minister said that analysis of the data, which was provided by the universities, helps the ministry to evaluate each institution and develop plans to improve the higher education sector.

Mohammed said that in 2015 scholars at the Region’s universities had only published 79 instances of scientific research in journals indexed by International Scientific Indexing (ISI). In 2019, that number had increased to 1,424, an 820 percent jump.

He added there were an estimated 5,000 Google Scholar Citations for academics from the Region in 2015, but that the number had increased to 68,561 in 2019, which he said showed the growing impact of the work being done in the Kurdistan Region.

The universities were divided into three groups, although none met the qualifications to be included in the top tier.

The minister said that the universities were listed alphabetically and not by score within each group.

Komar University of Science and Technology