The Kurds and the Euphrates Island Region 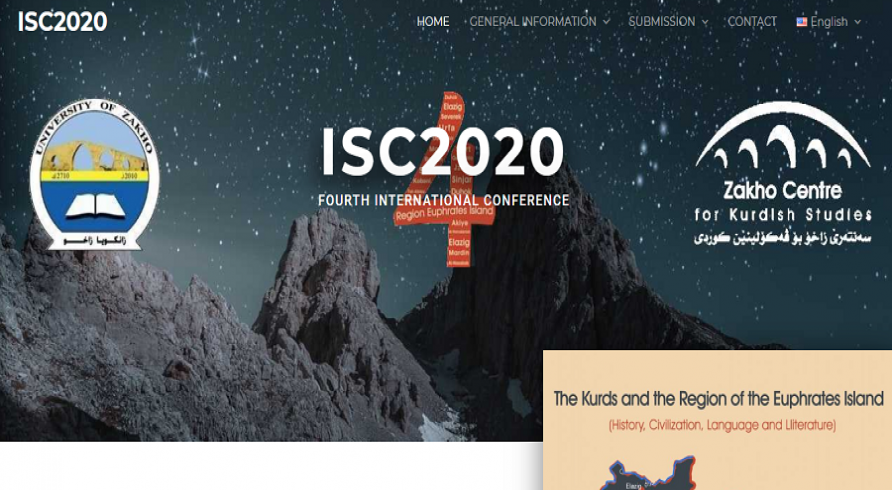 (History, Civilization, Language and Literature)
Zakho Center for Kurdish Studies in the Faculty of Humanities at the University of Zakho is holding its 4th International Conference on “The Kurds and the Region of the Euphrates Island: History, Civilization, Language, and Literature” on April 6-7, 2020.
• General Definition
The region of the Euphrates Island is one of the regions characterized by an important, geographical and strategic location in Kurdistan and the Arab region. This region is characterized by its prominent presence in various eras of history, and perhaps the golden era of this region was in the ancient and medieval history (Islamic history) when some states and civilization were founded. For example, The Metan and Assyrian states were founded in the ancient history, the Hamdanids, Zangids and Ayyubids were founded in the medieval history (Islamic history). In the modern era, several Kurdish emirates were established, perhaps the most prominent and most powerful being the Bhutanese Emirate.
When looking for the history of the region in the modern era, the fate of this region is very similar to the fate of Kurdistan. It can be said that it is a miniature version of Kurdistan. Kurdistan was divided between four countries: Turkey, Iraq, Syria, and Iran although it was a unified territory within the borders of the Ottoman Empire even after the First World War.