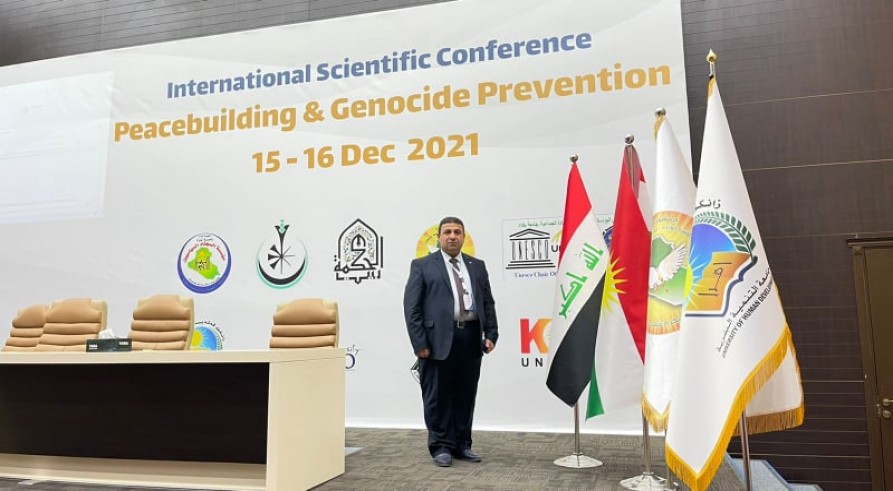 On Thursday, 16th of December, 2021, Dr. Shawkat Z. Mohammed participated in an International Scientific Conference which was entitled “Peacebuilding and Genocide Prevention”. In fact, the conference was organized by the University of Human Development in Sulaymaniyah, with the support of UNISCO organization in collaboration with a group of Iraqi Universities.

Noteworthy, Dr. Shawkat Z. Mohammed presented his research titled “Rooting the Idea of Pluralism among Humans from the Perspective of the Holly Quran – an Intellectual, Analytical and Critical study”.

Moreover, the conference witnessed a participation of several researchers from various Iraqi and Arabic Universities. Throughout the conference, many significant topics were discussed including the matter of coexistence and peacemaking between distinct ethnic groups.