The University of Zakho a Advances more than "2,500" Places in the Webometrics World Ranking 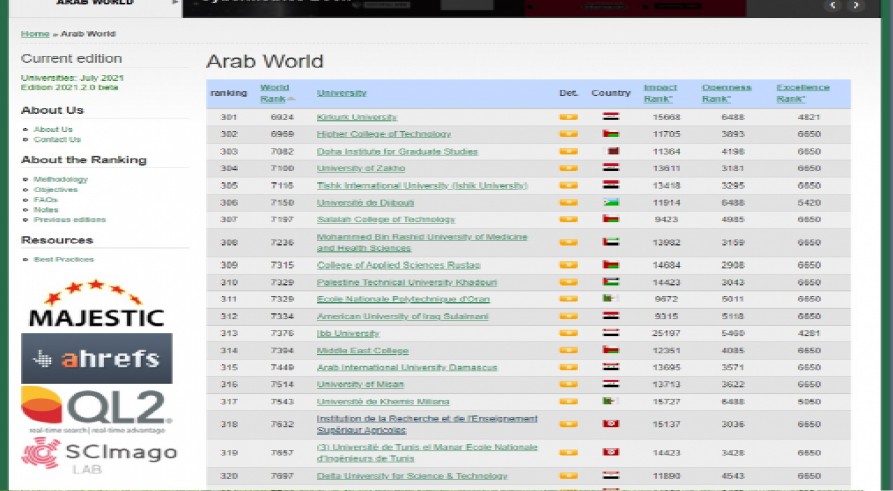 The University of Zakho has advanced more than "2,500" places in theWebometrics Global Ranking, which specializes in ranking universities around the world.

It’s worth mentioning that the credit for this progress is due to the concerted efforts of university leaders, the improvement of the scientific and educational reality, and despite the outbreak of the Corona pandemic, which cast a shadow over various areas of life.

The Webometrics is a site specialized in the classification of international universities. It issues a classification of universities around the world on a semi-annual basis (January, July), based on published information and on official university websites and a set of rules and standards, foremost of which is scientific production, quality of scientific research, and university performance and activities.