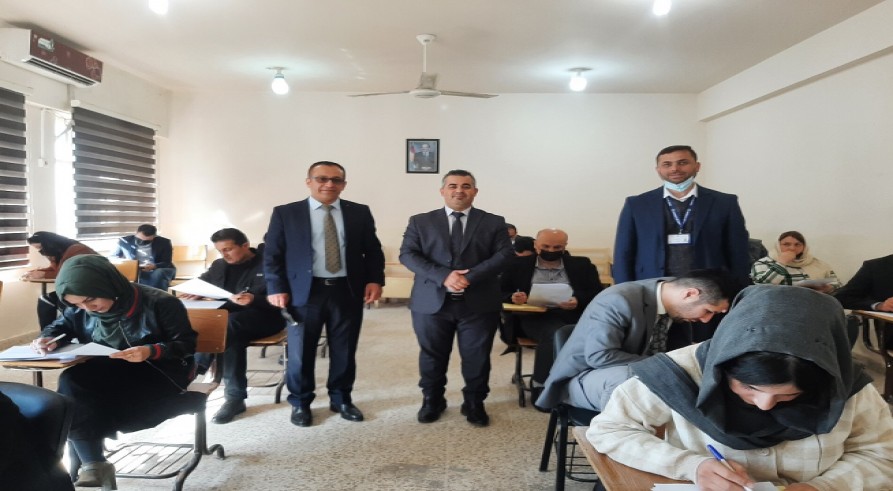 Under the supervision of Prof. Dr. Yaseen T. Mustafa, Vice President for Scientific and Postgraduate Affairs and following the regulations of the Language Centers' High Committee, on Saturday, February 12th, 2022, the first group of the fifth round of the English Language Placement Test was conducted. The test is conducted twice a year and is implemented at three main centers at the universities of the region, namely: The University of Duhok, the University of SalahAldin, and The University of Sulaimani.

It is worth mentioning that more than (275) three hundred and seventy five participants took part in the test. The next group will conduct their test on 19 of February 2022. The language center will announce the list of the names of the participants for the February 19th test two or three days ahead of the test day on the University of Zakho official website and also on the language center facebook account (UOZ Language Center).

The directorate of the language center will announce the results after the whole round is done.