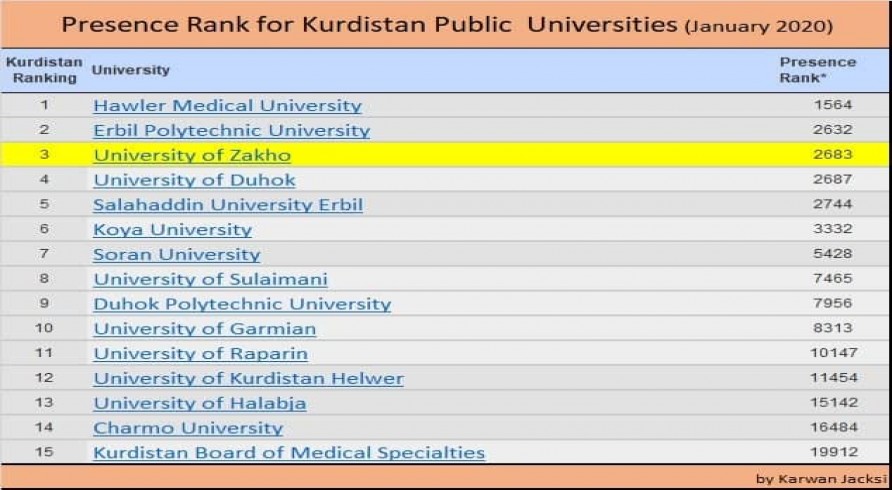 On January 2020, Webometrics announced the rankings of world universities in which the University of Zakho has made huge progress in the national and international rankings.

It is worth noting that the Webometrics Ranking of World Universities, also known as Ranking Web of Universities, is a ranking system for the world's universities based on a composite indicator that takes into account both the volume of the Web content (number of web pages and files) and the visibility and impact of these web publications according to the number of external in links (site citations) they received. The ranking is published by the Cybermetrics Lab, a research group of the Spanish National Research Council (CSIC) located in Madrid.

The aim of the Ranking is to improve the presence of the academic and research institutions on the Web and to promote the open access publication of scientific results.  The ranking started in 2004 and is updated every January and July. Today it provides Web indicators for more than 12,000 universities worldwide.